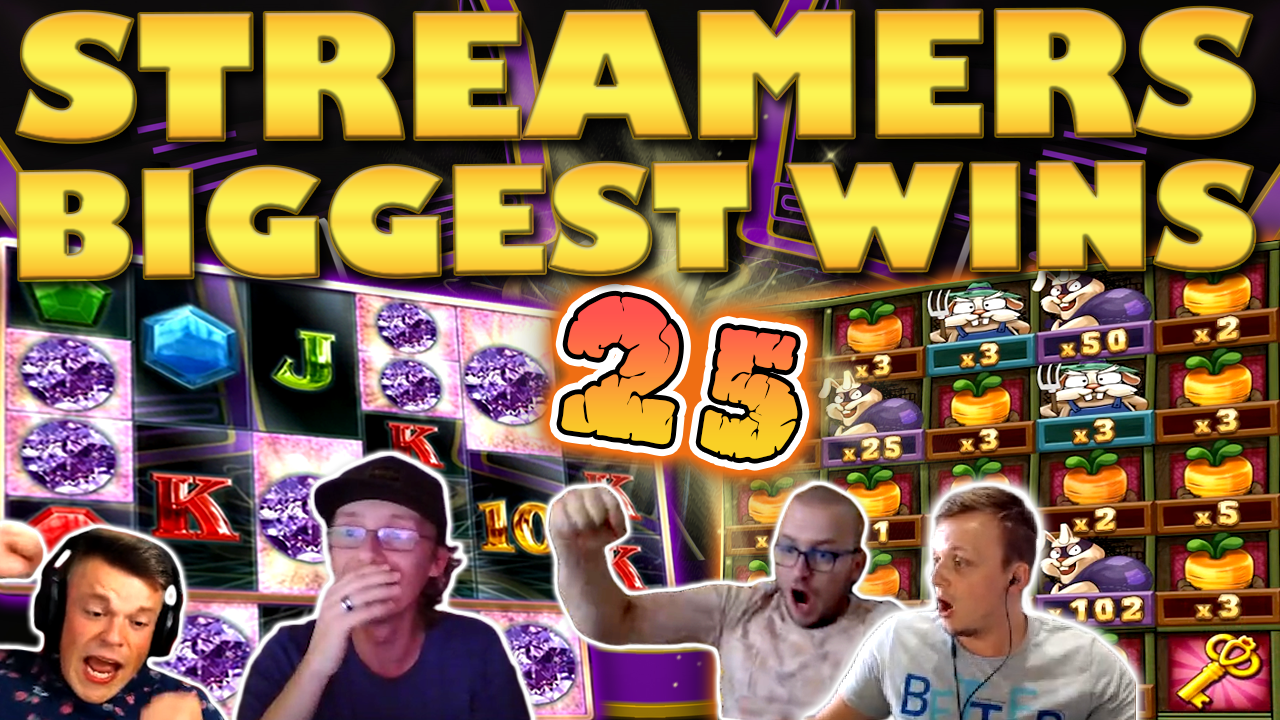 Today’s streamers compilation emphasizes quality over quantity. Thus, we have six big hits, in total, each one of them spectacular in its own right. Moreover, the payouts are all above 1k times the stake, with the biggest of them reaching in the tens of thousands. We also have a bonus clip which features the MegaBall game. - So make sure to watch until the end of the video.

As per tradition, we begin with the second best win of the day. This time that comes from the streamer BigC on the Lil Devil slot machine. Here he managed to get a massive 7690x the bet total reward on the bonus. As always, it was the “be my angel” feature that did the trick. - Quite the start i would say. Next we jump to a relatively new streamer, who we feature for the first time in our compilations. His channel is called CalledMasterdam, and we highly recommend you check it out. Especially if you're in the market for a new streamer to follow. Now as for the win itself, it comes on the Heroes Hunt slot from Fantasma. CalledMasterdam triggered the free spins while playing the game at GOGO casino. On the free spins, the special dragon symbols can land on all 6 reels. Every dragon that is destroyed by an explosion, expanding wild or respin awards an extra spin. An extra free spin is also awarded for each dragon symbol destroyed by an avalanche. Heroes Hunt has a multitude of other features, which in turn make for an overall volatile game.

Big Time gaming is the most prominent provider on this compilation. Thus, apart from Lil Devil, we also include two additional hits on the Who wants to be a Millionaire slot. The more modest of the two is from JimboCasino, who manages to trigger ten free spins. Now, with such a low amount of spins, your only chance to win big, is by landing a nice combination of premiums. Jimbo did just that, and thanks to the purple diamonds, he walked out with a nice 1427x reward. The second win comes from Mittaspinns and it is considerably higher. Specifically, 4064x the stake. This comes as a combination of a large number of free spins and many combos of high value symbols.

Additional slots featured on the video include the new Bonus Bunnies title from Nolimit City, as well as, Rise of the Mountain King. Bonus Bunnies is a game you can find at MrGreen casino and it boosts a number of unique features. The most interesting of them is the Wild Expansion, which can fill a whole reel with wilds. It was thanks to it, that JamJarboy managed to get a big win of 1130x the bet. On the other hand, Gamble Gangsta tried his luck on Rise of the Mountain King. We have talked many times before about this particular game. The goal here is to reach the final stage and activate the highest multiplier. Gangsta did exactly that, and got a good €1.3k playout.

Reaching the end of our compilation we find the best win of the day. Henkka gets the top spot this time, thanks to a mega bonus on good old Dead or Alive 2. Granted, the bet size was a bit low. However, when you win 10061x the stake, the result is going to be amazing despite the amount you bet. So big congratulations to Henkka, and let us hope DOA2 is as rewarding to players as it was last year. Finally, do not miss the bonus clip at the end. Slotspinner puts on quite a show with his shenanigans on MegaBall. Tell us which win on Casino Streamers Biggest Wins – Week 25 of 2020 was your favorite. Also, make sure to check our other videos on CasinoGround’s YouTube channel.