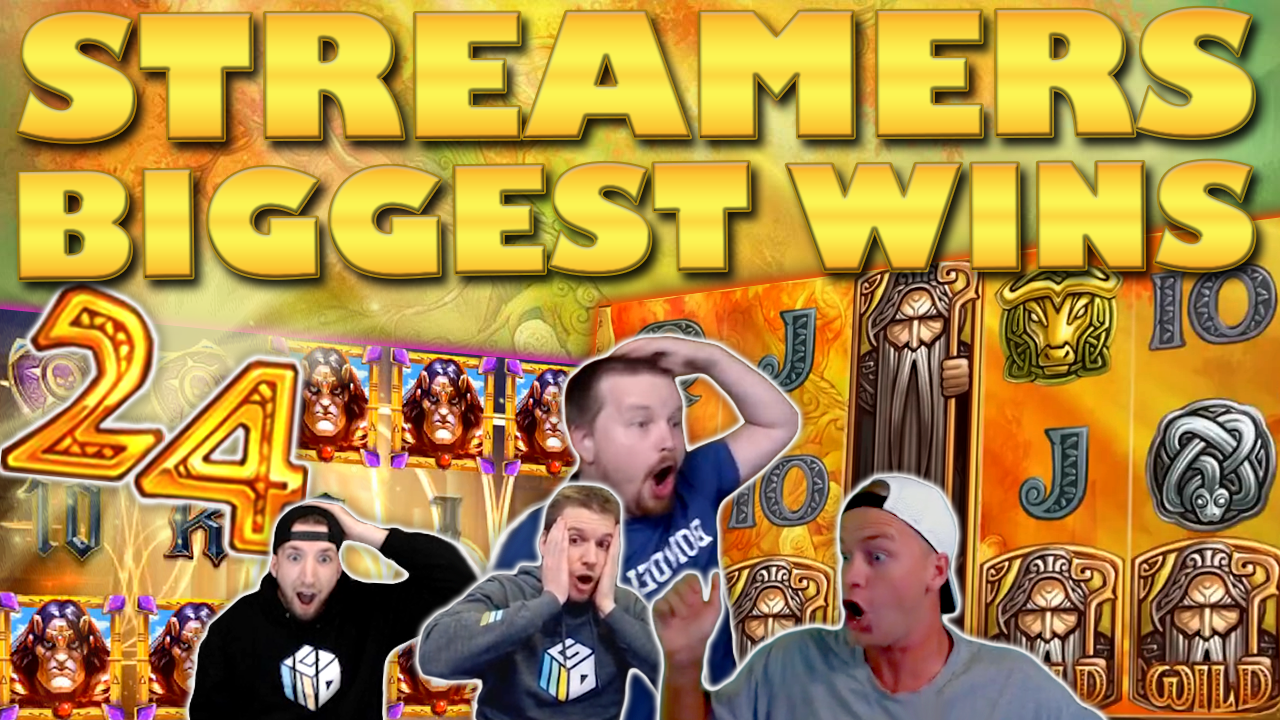 It is Tuesday again, and with it comes another big win compilation. In today’s video we feature eight hits, all of them from Casinogrounds streamers. Moreover, we have an array of popular slot machines, each bringing a spectacular free spin round or bonus feature. Furthermore, there is alo an extra clip at the end, showcasing the new Crazy Time casino game from Evolution. So without further adieu, let us get started, and take a look at everything instore for today.

As per tradition, we begin with the second best win of the compilation. This time around, that comes from our streamer Gamble Gangsta. He was trying the Starz slot at Wildz casino, when he triggered the free spin feature. Now Starz is a Pragmatic Play powered title which boosts quite the volatile bonus. Thus, during the free spins all wilds that appear will expand vertically to give a wild reel. Gangsta was lucky to turn 4 out of 6 reels completely wild, and win a massive 2806x the stake. As for Nickslots, his reward came in the form of Jammin Jars. A very classic win for Nick, with the usual dancing wilds going around the reel set and producing winning combos. However, what sets this particular bonus apart is the huge bet size. Therefore, thanks to Nick's, £10 bet, the payout reached more than £11k. - Quite the result, I would say.

Staying on the big bet topic, LetsGiveItASpin is back with a mega bonus hit on Secret of The Stones MAX. It has been a while since the last time we saw Kim on our compilations. So we are glad to have him return with not one, but two different wins. - But more on the second one later. Now, as for Secret of The Stones max, Kim was playing it at LeoVegas casino, on €7.5 bets. Here, he first triggered the bonus, and got a sticky wild reel, in the middle, from the start. Moreover, thanks to one lucky spin with multiple wilds, he managed to get three full lines of the best premium. Consequently, he ended up with a €12k reward. On the other hand, the Casinobrothers owe their win to Temple Tumble. This Relax Gaming title was voted as one of the most popular slots of last year, on our forum. Hence, we are happy to see it still paying. Specifically, for Casinobrothers, it was the cascading symbols on the bonus that made for a 900x end result.

Additional wins featured on the compilation include a bonus from Shanetsgtv on the Deadwood slot machine. In this game too, there is only one way to win big. - Land the colossal wilds on the three middle reels. Shanetsgtv did just that, and walked out of the bonus with a nice 2000x reward. From cowboys to vikings as we jump to another streamer. Jack’s Gambling channel joins the club with a 1000x the stake hit on Viking Clash. This is a Push Gaming slot, which despite not being very popular. - Is in my personal list of favorites. The game encompasses a number of interesting features, including locked wilds and a double reel set. Hence, I highly recommend you check it out, if you haven’t before.

Finally, we reach the best win of the day. Here we have Slotspinner who returns to his winning ways. The German got lucky on the Rise of the Mountain King slot machine. First he triggered the free spins, and then he managed to climb all the way to the final stage. On it, every winning combo gets multiplied with 100x. Thus, all the streamer needed was winning combos. The sticky wilds helped him get a number of hits, and that resulted in a mega win of more than 4000x in total. Before we end, we have to give you a quick reminder about the bonus clip. In it, you will see LetsGiveItASpin once again, this time on the all new “Crazy Time” title from Evolution. Make sure not to miss it. - Not just for the amazing win Kim gets, but also to understand better how this game works. Tell us which win on Casino Streamers Biggest Wins – Week 24 of 2020 was your favorite. Also, make sure to check our other videos on CasinoGround’s YouTube channel.