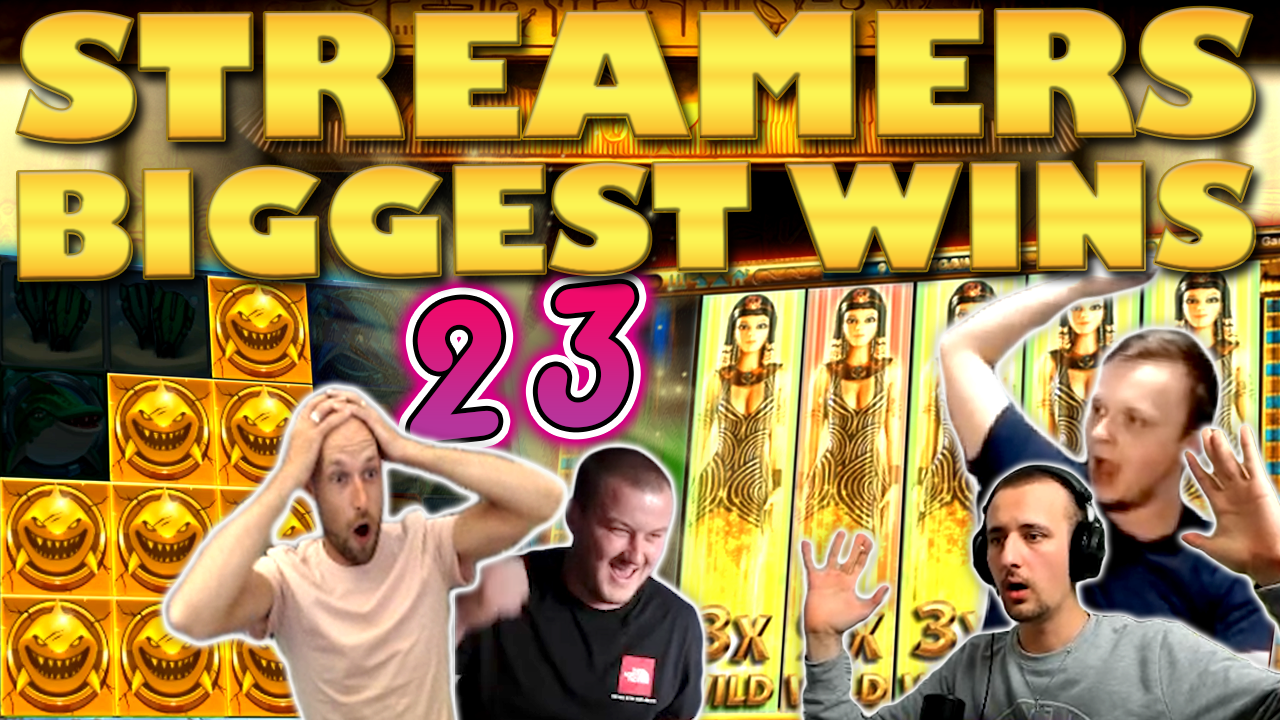 This Tuesday's compilation will feature nine big wins from our favorite casino streamers. Among them you will find free spin features and bonus rounds on a number of popular slot machines. The bet sizes differ quite a lot. Therefore, so do the amounts being won. Moreover, we also have a hit on table games, at the end. So make sure to watch the entire video. Now let us start, and take a look at the entire comoilation.

We begin our journey with Lil Devil, which brings us the second best win of the day. The guys from the Smallstakeslots twitch channel, share with us a spectacular free spin feature on the Devil. Here, they manage to turn almost three full reels completely wild. Moreover, thanks to the multiplier, in one of them, they end up with a 4030x the stake total win. Similarly, BigC9977 alos gets lucky with the wild reels, on yet another Big Time Gaming powered slot machine. Specifically, on Queen of Riches, where he lands an amazing base game hit. Thus, during the normal play, he ends up with 5 colossal wlds. - Each one covering one of the six reel sets. This, in combination with a number of premium symbols, makes for a nice 1053x reward.

Talking about game providers, Push Gaming is another one which is featured prominently on the compilation. Hence, we first have MitaaSpins smashing the Razor Shark slot, while playing at Spinit Casino. The streamer goes through an insane bonus round, full of extra spins, stacked symbols and gold coins. That results in more than €3k total payout. On the other hand, it’s business as usual for Jammin Jars. The slot does what it does best, making its wilds jump around and produce winning combos. Four wilds, to be more exact, which all help our streamer “Takethehit” win a huge 1710x the bet. We have compilations of the best wins, for both these slot machines, on Casinogrounds. So, check them out on our Youtube channel.

Additional games featured in this video include Deadwood, Snake Arena and Reactoonz. The first comes from Slotspinner, who returns after a long absence. The German was playing Deadwood at Royal Panda casino, when he triggered the free spins. In addition, he managed to get two wild reels, with a high value premium in between. Thus, a 1548x total win, and a well deserved place on our compilation. As for Daskelelele?! - He once again has to thank Philip for yet another great bonus hit. This time, it was on Relax Gaming’s Snake Arena. Now for those of you that are not familiar with this game. - It resembles the old snake game we all used to have on our phones. Thus, the goal is to make the snake as long as you can. In Philip’s case he did just that, and almost got a full screen of wilds as a result. Finally, we have to also mention Deluxcasinobonuses and his affair with Reactoonz. As always is Garga who gives the win, by combining with a number of purples symbols.

The best hit on this compilation comes from quite a new game. Fruit Party is a summer slot which was released only last month. Hence, Casinobrothers is the first streamer to be paid big by it. Fruit Party is a cluster type slot, which you can find at LoeVegas. Thus, any winning combo makes the symbols cascade and allows for new ones to take their place. Casinobrothers landed a bunch of these winning combinations, on the base game, and got a mega win of 5000x. - Talk about a one hit wonder. Lastly, we also feature a spectacular round on Mega Ball. Blaco, from LetsGiveItASpin channel, gets super lucky on this table game. As a result, we get this amazing bonus clip at the end of the video. - So make sure not to miss it.