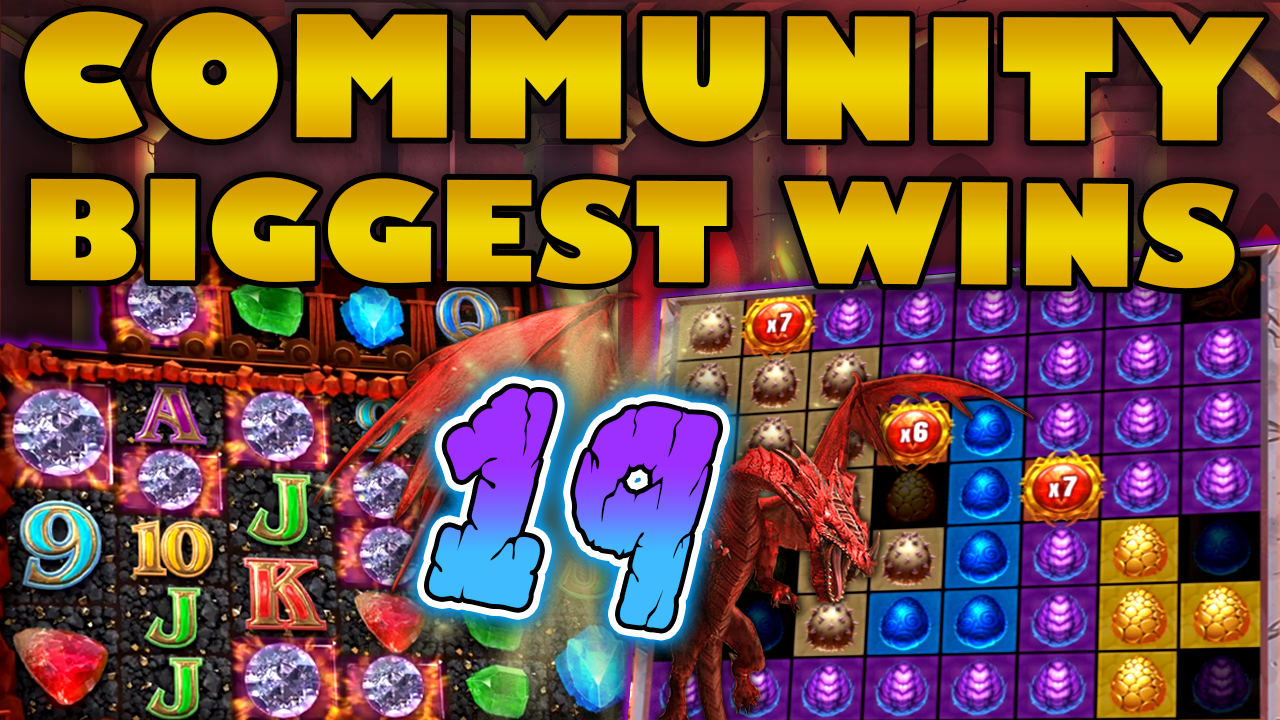 This week’s community compilation features eleven clips taken straight out of our forum. Each one includes a spectacular slot win. Moreover, all of them are above 1k time the bet, and the best of them reach in the tens of thousands. In addition, we have quite a variety of games, from popular classics to the latest releases. Therefore, let’s jump in and take a look at the video. - As well as talk about the most noteworthy ones.

As per usual we start with the second best hit. In this case that means we take a look at the Jammin Jars bonus win. A player was tying £1 bets, on his phone, when he activated the free spins. Consecutively, three wild symbols started jumping around the screen. We all know what jammin is capable of, so it was no surprise that when the wilds stopped dancing. - “DaggerFace” ended up with a £10k reward. Additional slot machines featured on this compilation include Money Train and Diamond Mine. Both boost epic wins. - The first is 3182x the stake, thanks to the numerous bandinds and multiplier symbols that land on the reel set. While on the second, the player gets the multiplier up to 28x, after various winning combinations. Hence, a €4 total payout.

If there is one slot provider that defines today’s compilation! - It’s Big Time Gaming. Thus, we have four different wins on BTG titles. The best of them is on good old Bonanza. This is the forerunner of all megaways slots, so we are always happy to see it going strong. The player “Whitey” shares with us a spectacular 3348x the stake win on Bonanza, which you can’t miss. In addition, Danger High Voltage is also present, thanks to a sick one hit wonder. During the base game, three wild reels land on screen, each with a 6x multiplier on top. Moreover, the premium skull symbols, on either side, helped produce a huge 2322x reward. Despite time passing, Danger and Bonanza still got it. Lastly, we have to mention two more hits, both of them on the Final Countdown slot machine. However, they are not exactly the same. - As in one it’s the “countdown” free spin feature that does the trick, while on the other it’s the “heading for venus” bonus round.

Onto the new kids on the block, as we check the the latest slot releases, which are part of the video. Hence, we begin with Euphoria, the new iSoftBet powered game that you can find at Vera&John casino. A player with the funny name “Norwegian Chicken” gets the free spins and triggers the full potential of Euphoria. Next we see Anubis Wild Megaways. This is yet another ancient egyptina themed slot to be added to the fold. The game boosts a lot of traits, especially the gambling bonus feature, which I found quite voletile. Barbarian Fury ends this trio of new titles. It actually brings us the best win of all three. Specifically, a full screen of premiums, which in turn made for a massive 4344x the stake hit. GoGo casino is the place to find both Barbarian Fury and Anubis.

Time for the highlight of the day. The cherry on top of this Friday's cake, is a mega win on DragonFall. Interestingly, both the best and second best wins come from very similar slot machines. However, “Cheesycock” deservengly takes the crown, due to the gargantuan 13228x payout. Big congratulations to the player, and an even bigger thank you for sharing it with us. Did your win make it on today’s video, and which clip did you enjoy the most? Let us know by dropping a comment on our forum. Moreover, share your own wins, for a chance to be part of future compilations. Check out more big win videos on CasinoGround’s YouTube channel.