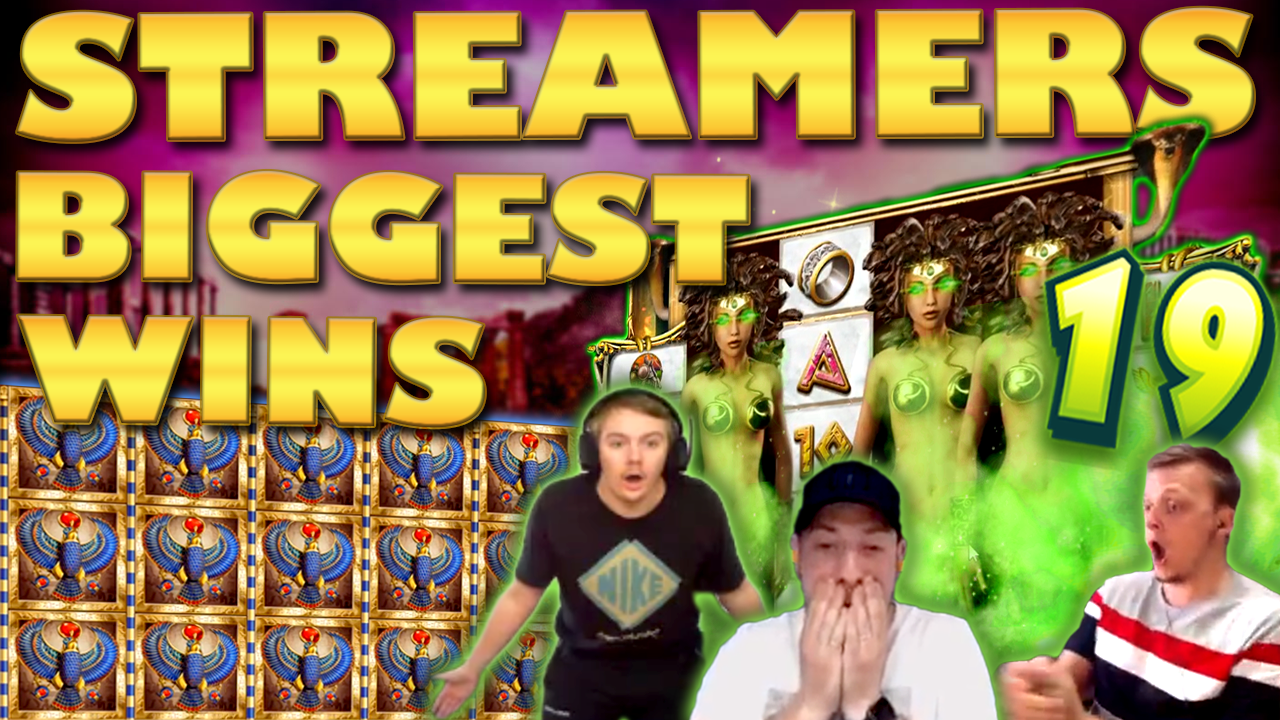 Let’s get rocking with this new Big Wins segment. Half of the hits we feature today come from bonus buy slot machines. Moreover we have free spin rounds on a number of classic games. In addition we see new streamers, as well as, a return of casino streamers which were not part of our compilations for a long time. Finally we have the best bonus clip that we have ever featured in these segments. Trust me when I say – You will not believe your eyes when you see it.

We start today with a new face! This new slot streamer is Nikojii and he is a new addition to the CG team. Hence his first inclusion on our big win clips comes through his massive hit on Medusa Megaways. This new game, which is available on Casino Heroes,  is a re-invention of the old classic Medusa slot. However Medusa Megaways boosts, as the name suggests, loads of winning ways. In addition a bonus feature which has a nice twist to it.

On the other hand we also have Slotspinner who wins a super big on the game. Another day at the office for Slotspinner I guess.

Now on to two slot streamers that we haven’t seen for a while on our compilations. Both these guys have to thank Play’N Go for their massive wins last week. On one side, we have the lads of Casinovaz getting a full screen on Book of Dead. The bird was the word on this win, hence a 771x the stake payout.

On the other side, we have a rare bonus from Fruity Slots. Wild Falls from Play’N Go is a great game with a decent bonus. However the game really shines if the player manages to trigger the Gold Flood bonus feature. Fruity did just that, and the result was spectacular. If you want to try any of these games, they are both available on Kaboo casino. – As well as most other online casino.

Remember when ELK slot machines gave super small wins?! – Well things have changed a lot since then. High volatile slots are the trend now, and ELK is not lagging behind. Hence, their new game called CHI. This new slot, which is available on LeoVegas, has massive potential and who better to show this potential than Jimbo. He is one of the best UK slot streamers and it is always nice to see him on our compilation.

From a new game to an old one as Spajek makes a return with a super hit on 300 Shields. Here, the Polish streamer manages to get all the way to the 300x multiplier and get a nice combination with the wild symbols.

Today’s biggest win comes from yet another bonus buy slot machine. Specifically from Genie Jackpot Megaways. Juusbaaa was making some low stakes feature buys, on the slot, when one lucky bonus resulted in a mega 1213x the stake win. Now I have to say that this is my first time watching a stream from Juusbaaa, but I will certainly be watching more.

One more big win that I do not want to leave without mentioning is David Labowsky’s hit on Napoleon. As always, it is a blast to watch D-Labs wins big. – Not just because of the win itself but also due to his amazing reactions that never get old.

Finally we have to talk about this compilation’s bonus clip. Whatever you do don’t miss this one, as it might be the best bonus clips we will ever include. When Letgiveitaspin said that he would have the members of the Sabaton group on his stream, most of us thought he was joking. – Guess what though? It really happened. Joakim and the rest of the gang really show up to try the new Sabaton slot.

Tell us which win on Casino Streamers Biggest Wins – Week 19 of 2019 was your favorite. Moreover, share your thoughts in the comments. Also, make sure to check our other videos on CasinoGround’s YouTube channel.