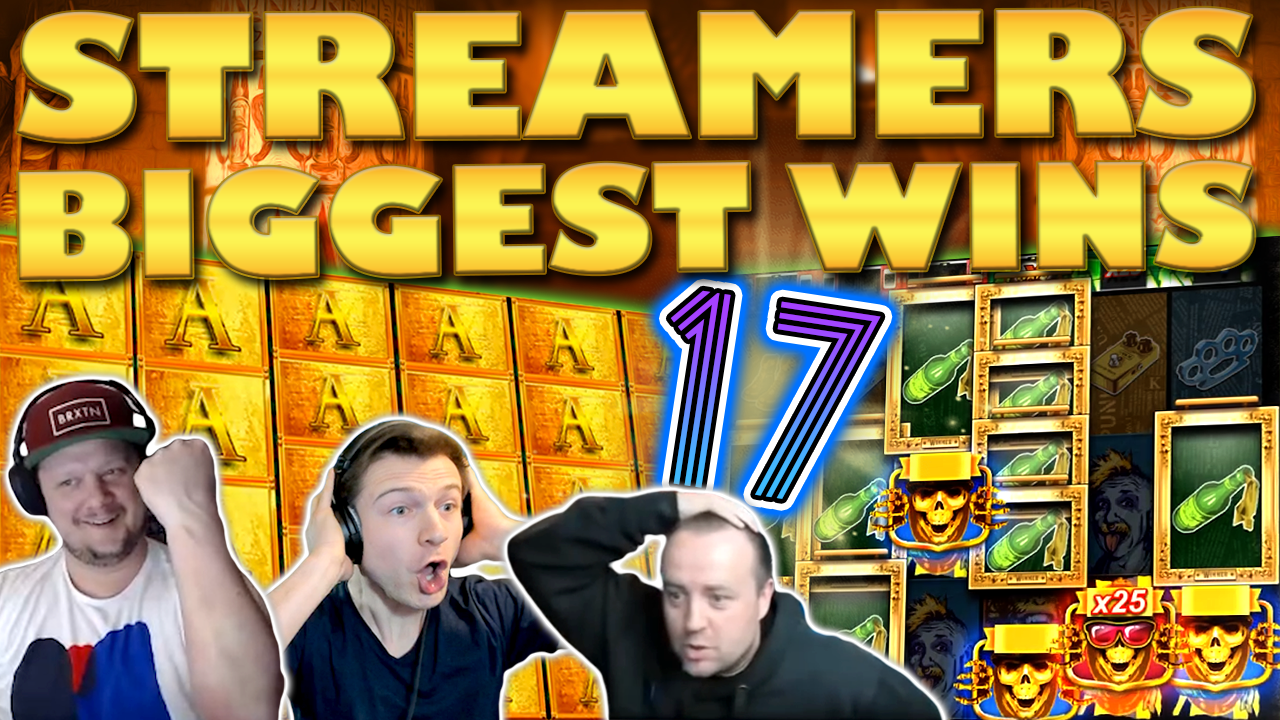 April went by extremely fast, and we are already on the last video compilation for this month. Specifically, today we feature the best slot hits, of last week, from some of the most popular casino streamers. There are eight of them in total, each one spectacular in its own way. Moreover, we have an array of different games, bonus types, bet sizes and more. In addition, there is also a bonus clip at the end. - So do not miss it. Now, let us get started and check each one of them.

We begin with two very different casino streamers, who won big on the same slot machine. The first is BadazzTV, and he is new in the world of streaming. We highly recommend checking out his channel, as the content is very entertaining and the wins are amazing. For example the latest win we show today, is on Punk Rocker. Here, BadazzTV gets a huge 4204x the stake, thanks to the Anarchy Free Spins feature. Similarly, Casinolandstreaming also got lucky on Punk Rocker, and we are happy to see him return on our videos after a long absence. Granted, his hit was not as big as Badazz’s. However, none of us would say no to a 1572x playout. As for the slot itself, Punk Rocker is shaping up to be one of the best games of the year. - With multiple streamers and players getting big wins from it. If you want to join the club! - You can find it at Rizk casinos.

Another slot machine which was rewarding, last week, was Jammin Jars. Here, as well, two casio streamers got spectacular hits. Now, the best of them was from Gamble Gangsta, even though just slightly. He triggered the free spins, and immediately the scatter/wilds started to dance all around the screen. Hence, the multiplier, on each one, increased exponentially. Moreover, multiple winning combos between the wilds and premium symbols, resulted in a 1527x the bet. The other streamer who got lucky on Jammin Jars was ShaneTSGTV. Apparently, the game has a thing for German players. Shane was trying Jammin on LeoVegas when he activated the bonus feature. In similar fashion, to gangsta’s hit, here too it was the wilds that did the trick.

Other wins featured on today’s compilation include streamers like Daskelelele. However, in this particular case, it was Philip that got the hit on Serengeti Kings. This slot has a very unique feature that allows the player to potentially fill the entire screen with wilds. Philip did almos that, and his reward was a super 1841x the stake. Next we jump to my personal favorite clip of the compilation. Here, we will find Chipmonkz getting his highest payout ever. Specifically, a €30k win, thanks to a bonus round on Captain Venture. We all know that the Captain is one of the most volatile titles from Novomatic. - So it makes sense that Chip’s best ever win would come in such a slot. NordicSlots is another streamer we feature, for the first time, today. Leprechaun goes wild as his slot of choise. This is a relatively new Play’N Go title that has quite a lot of potential. NordicSlots took full advantage of it, landing a bunch of leprechauns premiums and winning a massive reward.

The biggest win of today’s video comes from JacksonBung. He is our third new streamer of the compilation. JacksonBung broke the Legacy of Ra Megaways slot, and walked out from the bonus with a gigantic 10237x the bet. As always, it was all thanks to the expanding symbols and megaways. There are the main features of free spins. Finally, do not miss the bonus clip at the end. There you will find OnAirJannick getting a nice hit on Monopoly Live. Tell us which win on Casino Streamers Biggest Wins – Week 17 of 2020 was your favorite. Also, make sure to check our other videos on CasinoGround’s YouTube channel.