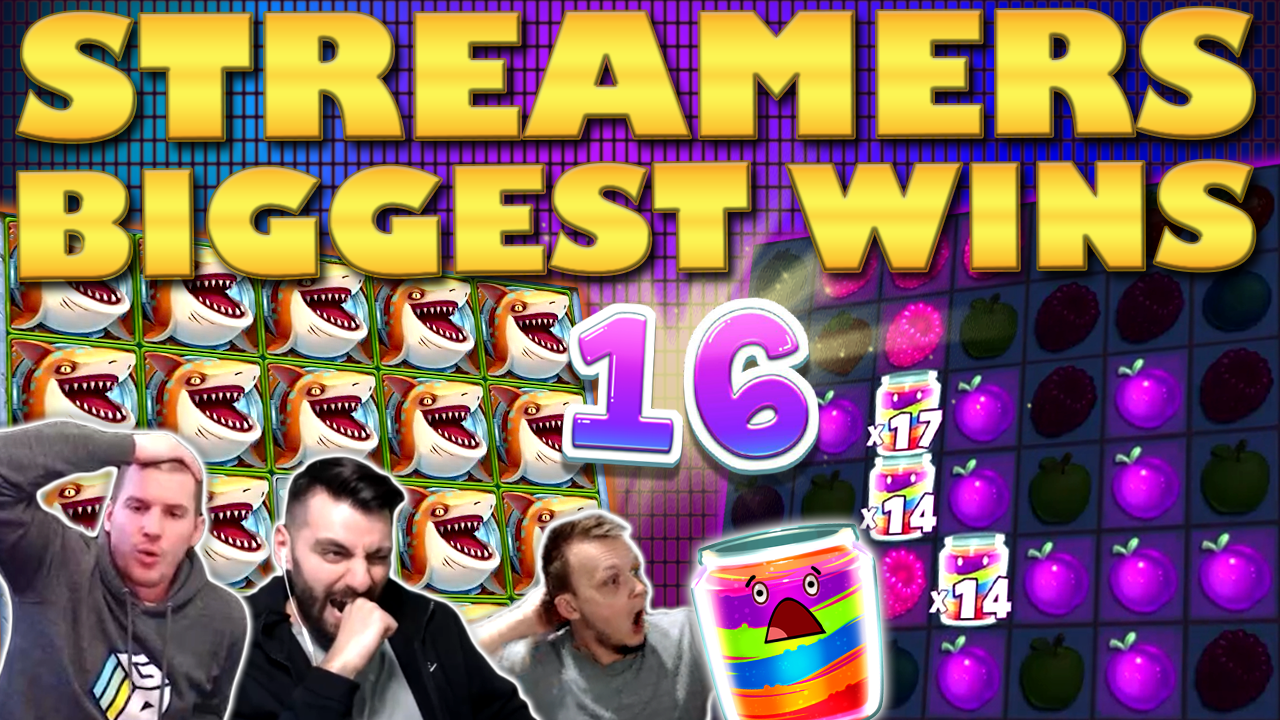 It’s Tuesday again and as always we will take a look at which casino streamers got lucky the past week. Hence, we bring you nine clips, each better than the one before. Today’s compilation will include big wins from an array of different slot machines. Moreover, we have a nice combo of popular streamers, as well as, a few new faces. Thus, let’s get started and review every single hit individually.

We start the video with two streamers from our own casino grounds family. Thus, the first is Prophetting who got a nice clean 3k times the bet, while playing Primal Megaways. Per usual, it was the base game that gave the win. Here, the highest paying elephant symbols filled the first, third and last reels completely. Moreover, a bunch of wilds linked the whole combination together. This is not the only Primal win we will see today, but is definitely the best one. On the other hand, Nickslots was trying his luck on the Razor Shark slot from Push Gaming. The Brit was making huge £10 bets, while playing at Rizk casino. In contrast to the first hit, for Nick, it was the free spins that paid up. Specifically, after landing an almost full screen of premiums, the streamer walked out with a massive £13366 reward.

Next we feature two very different entries. One is from one of the most popular slot streamers out there, while the other is from a first timer, in our compilations. Therefore, we have Daske absolutely smashing the Temple of Treasure slot. Him and Philip used the bonus buy feature, and got extremely lucky in picking the features. Hece, they started the bonus with the maximum amount of free spins and megaways. As a result! - A 1077x the stake win, for them both. It almost feels like when Jack and Philip are together, their luck increases as well. Now as for CasinoFamily, this is the first compilation clip he is part of. However, his slot sessions are pretty entertaining. So if you are looking for a new gambling channel to watch?! - Give CasinoFamily a try. When it comes to the win we feature on this video, that comes from a relatively new slot. - A mega win of 1000x on Punk Rocker, to be more exact.

Our next group consists of three of my personal favorite casino streamers out there. Specifically, we see Slotspinner playing the Rick and Morty slot at Royal Panda casino. Here, he triggered the “Federation Wilds” free spins. This is by far the most volatile feature in the bonus, and can result in multiple wild reels. In fact it was a combination of wild reels, random wilds and multipliers, which gave Slotspinner a huge 1410x the stake. Elseways, on DeluxeCasinoBonus’s channel it was the Book of Ming game that did the trick. There is not much we can say about this particular slot machine. As you must have already deduced by the title. - It is a typical book game, with expanding symbols being the main highlight. Finally, we said we had another hit on Primal megaways. Spajek is recipient of this particular 900x base game win.

We all knew this was coming! The Bandit’s hit on Jammin Jars was all everyone was talking about last week. - At least in the online gambling community. We rarely see mega wins, such as this, live on a stream. Moreover, the Bandit was betting pretty high, as well. Thus, the combination of a big bet and the volatility of Jammin Jars, resulted in a £100k payout. -That's a life changing win for most of us, but for the Bandit it’s a Tuesday. Before we end, we have to also give a shout out to casinohoppers2019. He joins the roster today as well, thanks to a nice hit on Reactoonz. So if you are in the mood for some Gara action, don’t miss his win either. . Tell us which win on Casino Streamers Biggest Wins – Week 16 of 2020 was your favorite. Also, make sure to check our other videos on CasinoGround’s YouTube channel.