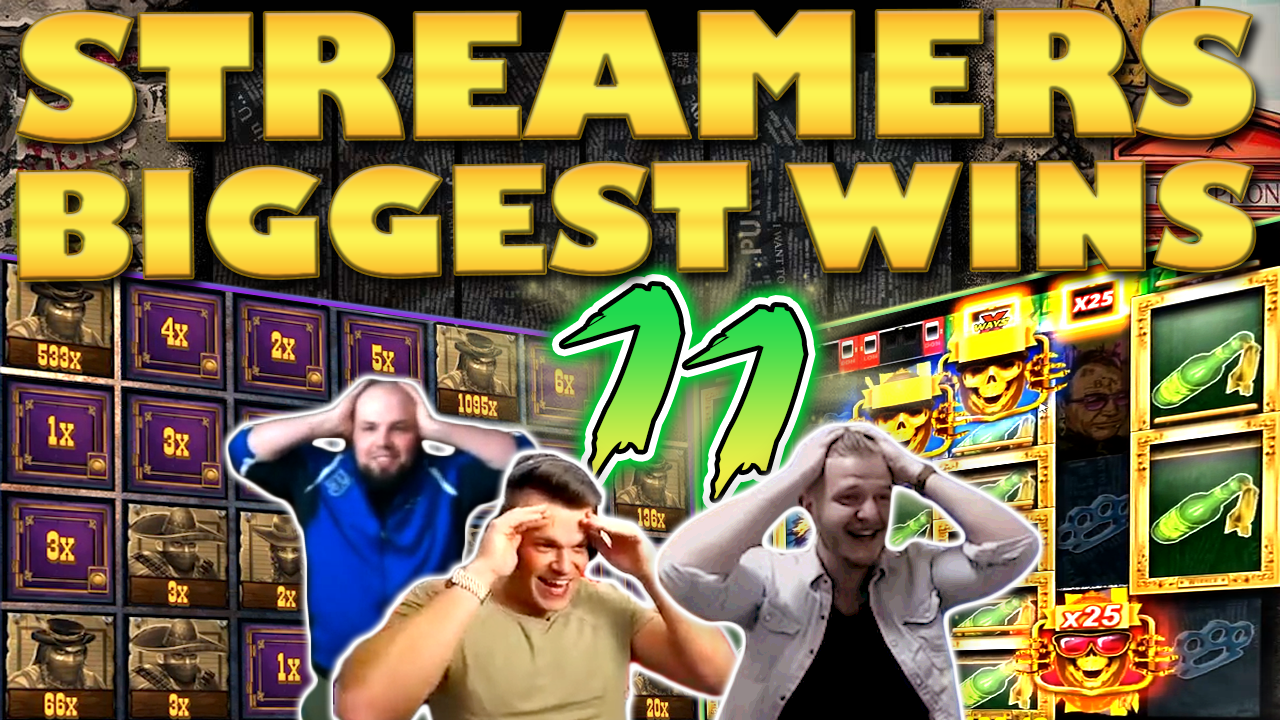 Since most of us have to remain inside these days, we are here to bring you some stay at home entertainment. Case in point, this latest compilation which includes nine spectacular big wins from your favorite casino streamers. The slots featured range from popular classics to new lesser known games. Moreover, every clip is a free spin bonus round, which makes the whole video quite long. Thus, sit back, relax and enjoy the show. – Also make sure to stay healthy 🙂

Most European football events are canceled during these trying times, and that has left a lot of fans somewhat downhearted. So in an effort to try and compensate a bit, we have a big win on the “Soccer Euro Cup” game. This is not your typical slot machine, and it plays more like a tournament. Thus, you first need to pick one of the teams, and hope you can make it all the way to the final stage. Spajek was playing the game at Party Casino, where he used the feature buy option to go directly into the bonus. Moreover, his team of choice managed to reach the final. – And win him the Euro Cup, as well as, a nice 1000x the bet.

Onto a more classy slot machine, as we take a look at a free spin round on the The Finer Reels of Life. OmegaAndFriends brings us a huge win, all thanks to the “Wine and Cheese” bonus feature. In addition, there is another reason that makes this clip special. In fact, for the first time, the streamer uses a camera. Hence, you can see both the game and Omega himself. Let us hope he keeps it up, as it is always entertaining to see the reactions when a player wins big.

We form the middle part of our compilation video with two different Ancient Egypt themed slots. Thus, the first comes from Casinohoppers. His win is the most classic from the bunch. We only need to tell you that he landed four explorer symbols on the Book of Dead bonus. – And most of you understand. On the other hand, DeluxeCasinoBonus was lucky on the Pyramid Treasure slot machine. This is an old game, which we have not featured very often on our compilations. However, you can try it out at Casumo, and if you do. – Let us know your opinion. Finally, we have Chipmonkz on Genie Jackpot Megaways. Actually this is the only traditional megaways game we include today. Here, the player landed twelve sticky wild symbols, during the locked wilds free spin feature, for a total payout of 1040x the stake.

Next up we have a train heist. Zappyslots and his bandits plunder the Money Train slot and win 2189x the bet. Granted, this was a bonus buy, however the final result was more than worth it. So, not only did Zappyslots activate all the reels, but he also managed to fill every last space with a multiplier symbol or a bandit. On the other hand, JJCasino was trying Jammin Jars on big €6 bets when he triggered the free spin feature. Furthermore, he immediately managed to land an additional scatter/wild. Thus, he had four of them, just dancing around and increasing their multipliers. So, after a number of winning combos, which included set wilds, he walked out of the bonus with a massive €10000 payout.

The best win for today comes from the new Punk Rocker slot from NoLimit City. There are actually two of them on this video. As the “Play4Win” streamer also gets a nice hit on the game. Thus, we have to give a shout out to him as well, for his incredible win. Punk Rocker is a very entertaining slot, not just with huge volatility and winning potential. But also with a cool theme, and an even better soundtrack. Trust me, you will play this game just so you can listen to the songs. However, let’s get back to the main attraction, which is a 3220x the bet bonus hit from Jamjarboy. The German got the civil war free spin feature. Next, it was up to the skull wilds to jump around and gather multipliers. Finally, one lucky combination, with some premium symbols, was all it took for  Jamjar to get his reward. Tell us which win on Casino Streamers Biggest Wins – Week 11 of 2020 was your favorite. Also, make sure to check our other videos on CasinoGround’s YouTube channel.