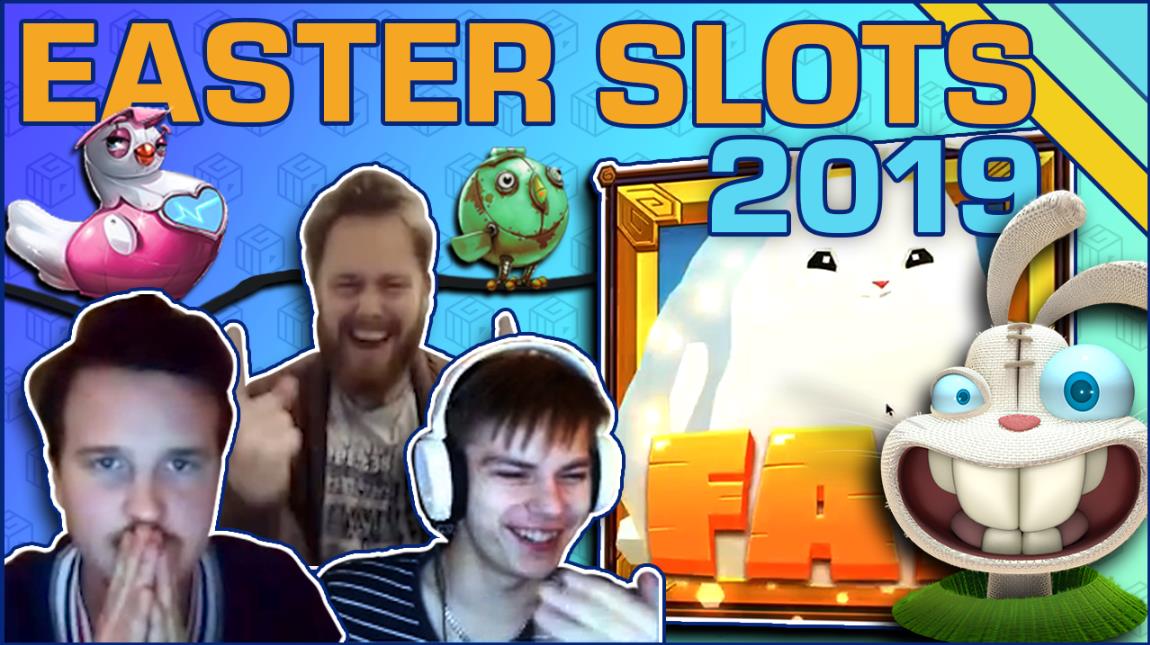 While it’s still Easter Week we thought we’d have a rummage through the CG archives to find a few decent streamed wins with an Easter theme. Well, when we say Easter themed it seems to be mainly rabbits with a couple of eggs thrown in! Speaking of eggs, check out our video, count the CG coloured eggs, and join the CasionGrounds Merch Gleam Giveaway! (HINT: The same amount of eggs as in Huggehuggs featured clip)

Anyway, we hope you enjoy this little video compilation while you finish off the remainder of your chocolate eggs!

I’m not sure what’s more entertaining in this clip, the SEK9,500 free spins win or LGIAS’s preoccupation with his hair.

We join the action with Kim already into the free spin round of NetEnt’s 2013 classic, EggOMatic. During the course of the bonus round LGIAS manages to catch a couple more eggs containing 10 free spins each – cue his signature ‘Ding Ding’.

Playing at SEK50 (€4.80) a spin it looks like despite earning a ton of free spins that LGIAS is on for a very modest win of around SEK1500 (€143). It all comes down to the very last free spin when a spreading wild egg combines with a wild on reel 3 which throws out a stack of wilds covering the three middle rows. With a wild already sitting on the final reel a huge SEK8000 win takes the total free spin win up to SEK9537.50 (€908) which equates to a 191x haul. Kim’s excitement can be clearly seen by just how much he plays with his hair after this ding-ding win.

It’s another egg-heavy slot for our second clip and another Swedish CG streamer as HuggeHug plays Endorphina’s Easter release for 2017, Cuckoo. The young slotsmith is plying his trade at SEK8 (€0.76) a spin when he lands a full row of eggs in the base game for a 250x win. It may not be the biggest win in terms of cash won, but you can see the relief on Hugo’s face as he lands his biggest win of the session by far.

It’s popular Norwegian streamer Rex Borgersen up next with the first of our many Rabbit themed slots. Playing Microgaming’s 2015 Easter release Rabbit in the Hat Rex wins 10 free spins playing at $1.62 a spin.

Throughout the course of the free spins Rex manages to win himself another 12 free spins along with a multitude of Rabbit in the Hat wins, including a 100x stake cash win . In total Rex wins $436.32 during the bonus round, representing a 269x haul.

With over 14,000 twitch followers, Netherlands based streamer David Labowsky is one of the most popular streamers working today. This clip features one of the biggest wins of the compilation, although that’s more to do with the stakes played than the bet/win ratio.

David is playing high stakes for €30 a spin on NetEnt’s Wonky Rabbits and it would appear that he’s already been on something of a tear with his balance already over €6000 when we join the action. With Wonky Wabbits duplicating wilds he hits a big win on the broccoli totalling $4,110 for a 137x stake win. However, given his vocal celebration afterwards where he exclaims that this is the first time he will be withdrawing €10,000 whilst on stream it could well be that in total he won over 333x his stake for a massive five-figure win.

Swiss-Italian streamer Sulsino makes the biggest splash in terms of stake/win ratio out of all our clips here with a 1557x win playing Push Gaming favourite Fat Rabbit.

After triggering the initial 5 free spins, Sulsino, playing at CHF 1 (€0.87) a spin, is able to navigate through all five levels of the bonus round all the way to the jackpot spin. Through the first four rounds Sulsino wins 557x his stake before hitting the final jackpot spin worth 1,000x the stake. From just a €0.87 spin Sulsino walks away with a none too shabby €1,360 win. Not bad.

When it comes to bunnies and big slot wins it’s hard not to think of White Rabbit, the Big Time Gaming Megaways slot which has featured in so many of our ‘Biggest Wins’ compilations. And this one is a VERY big one!

Snadz shows off his high roller status by playing at $10 a spin then buying straight into the free spins round which costs 100x the stake. That’s right, Snadz used the bonus buy button for $1,000 to bypass the rigmarole of having to trigger free spins manually – and boy did it pay off.

Unfortunately Snadz wasn’t streaming this win; he was actually playing on his mobile phone whilst enjoying a few beers with his friends. However, sensing that a big win was imminent he found another device with which to record what was going down on his phone. Despite the rather shoddy camerawork, Snadz’s increasing excitement combined with the sheer size of the win makes this compulsive viewing.

There is one heart-stopping moment when the phone screen suddenly goes blank and the game completely disconnects. Obviously this isn’t the first time Snadz has experienced this minor interruption as he keeps his calm, reloads the game, and picks up where he left off.

By the end of a huge run of free spins on a fully extended board offering 248,832 ways to win Snadz walks away with a staggering $41,264 win. This might only represent 41x his initial stake but $41k is one hell of an Easter present!! 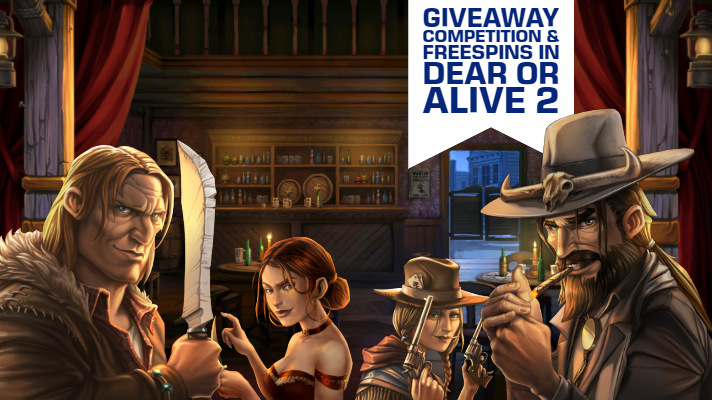