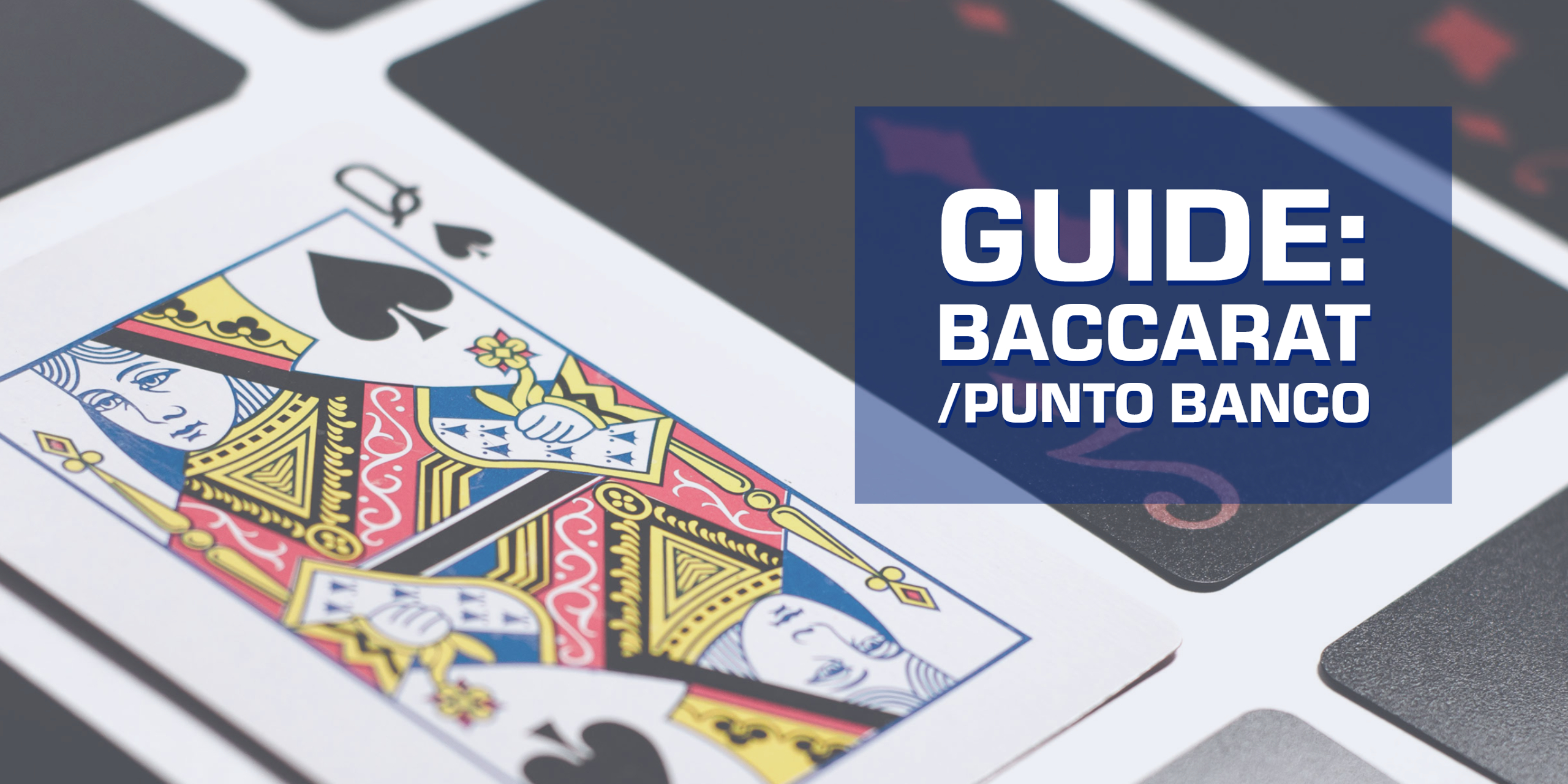 Baccarat is a casino card game played between two hands (player and banker) with three possible outcomes; win, lose, or tie. To participate in the game a player must place a bet on either of the two hands to win. Traditionally seen as a game for high rollers, the name Baccarat conjures up images of sophisticated James Bond type characters betting a king’s ransom over a vodka martini (shaken, not stirred).

Baccarat is still hugely popular among those with bulging bankrolls; the advent of online casinos has brought this centuries old game to the masses, with games available to suit any budget.

The game of Baccarat can be traced back some 600 years to 15th century Italy. By all accounts the game was created by Felix Falguiere, a keen Italian gambler. Falguiere named the game ‘baccara’, the Italian for ‘zero’, as the tens and face cards in the deck are all assigned a value of zero in a hand of Baccarat.

Legend has it that Falguiere based the game on the ancient Etruscan ritual of the nine gods, who;

“Prayed to a blonde virgin on their tiptoes waiting for her to throw a nine-sided die. The result of the die decided her fate. If an eight or a nine was thrown, she would become the priestess; if she threw a six or seven, she would be banned from any further religious activities; if she threw any number less than six, she would walk into the sea.”

It is cited that Baccarat made its way from Italy to France at the end of the 15th Century by soldiers returning from the Franco-Italian war. It was certainly in France that the game was popularized, becoming a staple among French nobility up until their 19th Century demise. From France the game made its way across the channel to England. It was here that a young Ian Fleming fell in love with Baccarat, hence 007’s affinity for the game.

How to Play Baccarat

Over the centuries, as the game has passed from generation to generation and from nation to nation, numerous variations of the game and its rules can be found. Games such as Chemin de Fer, Punto Banco, Baccarat Banque, and Midi Baccarat are still all played around the world.

However, by and large the fundamentals of the game have remained constant in all variations with only subtle changes by variation.

For the sake of avoiding confusion, we will concentrate on the general principles of the game and standard rules of Punto Banco. Most games of Baccarat found in the biggest gambling meccas of the world (US, UK, Macau, Sweden, Australia etc.) and indeed online, are in fact the ‘Punto Banco’ version.

The major difference between old school Baccarat and Punto Banco is the in the latter the casino banks the game at all times rather than the role of banker alternating between players at the table.

Aim of the Game

To win a hand of Baccarat a player must correctly bet on which of the two hands in play (player or banker) will draw the higher hand. In the game the terms “Player” and “Banker” do not dictate where you must bet, they are simply terms used to denote the different hands that are dealt. Anyone at the table is free to bet on either “Player”, “Banker”, or on a tie.

Playing a hand of Baccarat

Cards are dealt from a shoe usually containing 6-8 decks of cards. All bets must be made prior to the two hands being dealt. Once all bets have been placed both the player and banker are dealt two cards each. The perfect hand to be dealt is a ‘natural 9’ – that is a score of 9 derived from combining the totals of both cards dealt.  It is also the maximum total points allowable in a hand of Baccarat. Totals above 10 must remove the first digit.

A ‘natural’ 8 or 9 will end the game with no need for either hand to draw further cards. The score closest to 9 will have won the hand. If both players score 8 or 9 then the hand is ruled a tie. In the result of a tie any money bet on either hand will be returned.

The Player stands on scores of between 6 and 9. As long as the Banker hasn’t scored a natural 8 or 9 (which ends the game), the Player draws a third card when their hand scores between 0 and 5.

Although the rules may seem complicated at first glance Baccarat is actually one of the simplest casino games to play. All you need to remember is that there are only three possible outcomes to bet on (Player, Banker, or tie), and that the hand total closest to 9 wins. As all the actions are predetermined by the cards dealt and undertaken by the dealer (in the popular forms of Baccarat played live and online), you don’t really even need to know the rules – just how to place a bet!

Looking at the odds below it would appear that always betting on the Banker would be the most profitable move. However, the casino places a small commission on Banker wins and unfavorable odds for a tie. As such the casino is able to maintain a house edge on every result

Winning bets are paid out as follows:

The Rise of Baccarat

The game of Baccarat is no longer merely the preserve of the sophisticated jet-setter with money to burn. The simplicity of the game and its strategy combined with the (in casino terms) relatively decent odds have caused the number of Baccarat tables at casinos to swell over the past few decades.

In fact, Baccarat is by far and away the biggest earner for casinos around the world. For example, in Macau, which has been the worldwide number one casino destination in the world since the mid 2000’s, 88% of their $33.2 billion profit from Baccarat in 2017.

Baccarat is also the most popular table game on the Las Vegas strip, only outperformed by the slots – and there are many, many more slots than there are Baccarat tables in Sin City.

The game also received a whole lot of publicity just a couple of years ago when world famous poker star Phil Ivey ended up in courts in London and Atlantic City after ‘winning’ over $20m from two of the world’s most famous casinos. Ivey used a technique known as ‘edge-sorting’ to spot minor flaws in the casinos own playing cards to identify their values and thus gain an edge over the house.

In London Ivey sued Crockfords for £7.7m in winnings after the casino refused to pay him. Meanwhile in Atlantic City the Borgata decided to sue Ivey for $10m claiming he cheated them by edge-sorting.

In both cases the casinos came out on top, although many legal and gambling aficionados felt that Ivey was perhaps harshly judged as he had merely sought an edge after spotting flaws in the casinos own cards. At no point did Ivey physically alter, mark, or indeed touch the cards as all actions in the variant Ivey was playing (Punto Banco) are undertaken by the casino dealer.

Although not great for Ivey, the publicity the cases attracted introduced millions of new potential players to the game of Baccarat. As well as making national newspaper and magazine headlines around the world, CBS News even replayed the story in an episode of their popular Showtime programme, “60 Minute Sports” in October 2014.

With the game increasing in popularity both live and online at a phenomenal rate it would appear that after 600 years Baccarat has become an overnight success! – Ready to give Baccarat a try? Check out LeoVegas’ Baccarat here!