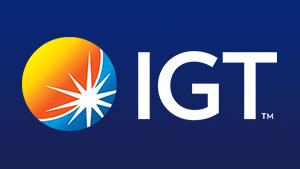 Having been around for decades, IGT or International Game Technology have established themselves as one of the biggest names in the industry today. They delivered their services first to brick and mortar and then to online casinos for many years. Their huge portfolio of games is enjoyed to this day throughout many online and land-based venues. Below you will find a list of online casinos hosting games from this legendary developer.

4/5
PLAY
Borgata
he Borgata Online was established in 2013 and has been developed following the success of the Borgata land-based casino located in Atlantic City, US.
Review

4/5
PLAY
Golden Nugget
Have you ever been to Vegas, the place where all your gambling dreams come true? Well, this is what Golden Nugget Online Casino gives us a taste if Las Vegas but online. Owned by the landbased Golden Nugget Atlantic City Casino, it forms part of the few online casinos that are regulated in the State of New Jersey,
Review

4/5
PLAY
playMGM
You might have heard about the MGM located in Sin City, the glossy resort that is one of the powerhouse casinos in Vegas.
Review

4/5
PLAY
Unibet NJ
When it comes to online casinos, Unibet does not need any introduction, as the casino is deemed one of the biggest paradigms in gaming today, and forms part of the Kindred Group. The brand was established in the 90s, but only in 2019 did Unibet launch the newest casino that is authorized and regulated by the State of New Jersey Division of Gaming Enforcement.
Review

Though best known for developing the best games for land-based casinos, thanks to their transition to online, players can now enjoy a massive number of IGT digital gaming versions available at the most prominent online casinos today. IGT has one goal in mind : To provide online and offline users of online casinos with the best software technology out there, and they sure seem to have done that. It would be very rare to walk into a land-based casino and not find an IGT developed game. Talking about the online casino industry, more and more operators are incorporating IGT digital games into their websites due to their increasing popularity among players.

Their games boast traditional vibes for the most part, with a touch of modern innovation and the industry’s latest and best software technologies. They have many titles inspired by iconic digital movies such as Star Trek and Ghostbusters, and popular board games such as Jeopardy, Monopoly, Wheel Of Fortune and Cluedo. As with most of the players in the industry, IGT digital games are available on almost any digital platform such as mobiles, tablets, laptops and PCs, which means players just merely need a good internet connection to enjoy their masterpieces.

Founded back in 1975, IGT started their career focusing on land-based casinos. Their slots and video games were so good back in the day, they had no competition which gave them unparalleled leverage over their competitors in most of the land-based markets. In 1990, the company was included in The New York Stock Exchange for public trading, furthering their popularity. When they saw other companies adapt to the “Online Boom”, IGT too adapted.

Until 2011, their online adaptation helped them acquire smaller and lesser well-known game developers at the time including but not limited to: Barcrest, Sodak and in 2011, WagerWorks.

In 2017, IGT won “Best Casino Equipment Supplier” and in 2018 “ Lottery Product Of The Year” at the Annual International Gaming Awards. Among their multitude of awards and honours over 4 decades, some of their most recent ones in 2019 are :

They currently employ over 3000 people worldwide, headquartered in London and offices in Nevada, Rome, Italy and Rhode Island. Above is the list of Top Online Casinos where you may try a quarter at IGT’s world-renowned games.